How Much Caffeine is Too Much? 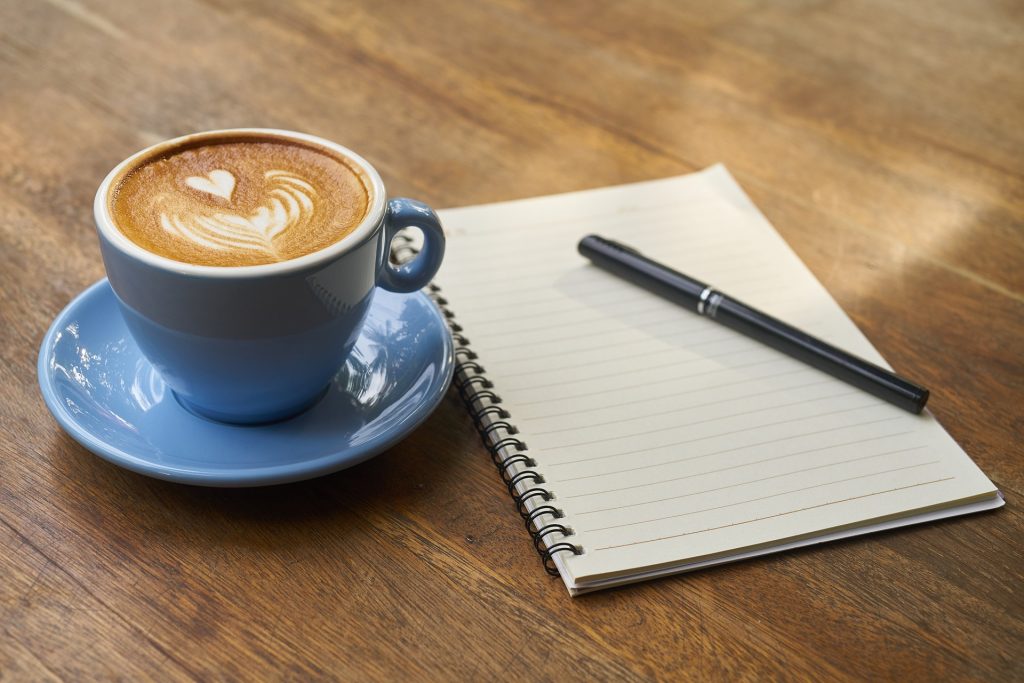 How does caffeine affect my productivity?

I love coffee. A few decades ago, I would never have joined “that coffee generation”, but over time, I’ve come to enjoy it. I love the smell and warmth of a creamy smooth almond milk latte accompanied by the friendly smile of the barista who remembers my drink preference! I also know there’s a fine line I must walk when it comes to caffeine in my body. The right amount of coffee makes me feel like I can take on the day and just a little too much too late in the day and I feel spacey and unfocused. Can you relate to the love-hate relationship? If so, let’s talk about how much caffeine is too much caffeine.

Where is caffeine found?

Caffeine has been identified in more than 60 plant species and history suggests that it may have been consumed as far back as the Paleolithic period!  Currently, the most common dietary source of caffeine is coffee, but cocoa beverages, soft drinks, energy drinks, and specialized sports foods and supplements also contribute to regular intake. Caffeine is also present in many prescription and nonprescription (i.e., over-the-counter) medications, including some taken for headache, pain relief, cold, appetite control, staying awake, asthma, and fluid retention.

What effects does caffeine have on the body?

Caffeine is considered a drug because of its stimulant effects on the nervous system. It has been found to positively influence mental performance, increase energy, and improve mood.  Caffeine has been found to have a role in the prevention of physical degeneration from Parkinson’s disease and studies have also shown that chronic caffeine consumption has been linked to a significantly lower risk of developing neurodegenerative diseases (meaning diseases that affect the brain and nervous system), such as Alzheimer’s disease. Other benefits of caffeine consumption include improved mental alertness, speed reasoning, and memory, improved physical performance during endurance exercise, and protection against certain skin cancers.

What are the tolerable limits?

In adult men and non-pregnant women, the U.S. Food and Drug Administration considers 400 milligrams (about 4 cups of brewed coffee) a safe amount of caffeine for healthy adults to consume daily.

Pregnant women should limit their caffeine intake to 200 mg a day (about 2 cups of brewed coffee), according to the American College of Obstetricians and Gynecologists.

The American Academy of Pediatrics suggests that children under age 12 should not consume any food or beverages with caffeine. For adolescents 12 and older, caffeine intake should be limited to no more than 100 mg daily. It may be worth noting, however, that many cultures around the world do introduce teas that may contain caffeine to children as young as two years old.
For comparison:
8oz of coffee contains 100mg of caffeine
8oz of green tea contains 35 mg of caffeine
a can of soda contains anywhere from 40-72 mg of caffeine
energy drinks can range from 20-400mg+ of caffeine (yes, per drink!)
and caffeine content of drugs varies from 16 mg to 200 mg per tablet

How to decide how much caffeine is right for you

People have different tolerances and responses to caffeine, partly due to genetic differences. Take inventory of how you feel when you drink something caffeinated, and decide for yourself what makes sense.

If you feel jittery, anxious, or addicted to the rush, then perhaps you should pull back on the caffeine and opt for a non-caffeinated drink like MUDWTR or naturally un-caffeinated herbal tea. If you’re ultimately feeling better with less, then follow your body’s cues.  If you suffer from anxiety, are struggling to get your stress hormones under control, then perhaps a break from caffeine would help you function better.  Only you can decide.

Keep in mind that not all caffeinated products are created equal! Opting for organic,  whole-food sources of caffeine, like coffee, tea, or cacao is going to provide other additional nutrients that will benefit your body. In general, it’s smart to avoid sodas, energy drinks, and other highly processed items with artificial sources of caffeine— as they are unnatural and can cause inflammation and other negative side effects.

Symphony Nutrition is accepting new clients. Click here to book your free 30-minute discovery call and to see if nutrition counseling is the right fit for you.

← Tips for Saving Time in the Kitchen Fatigue and Stress in Perimenopause. The Role of Hormones. → 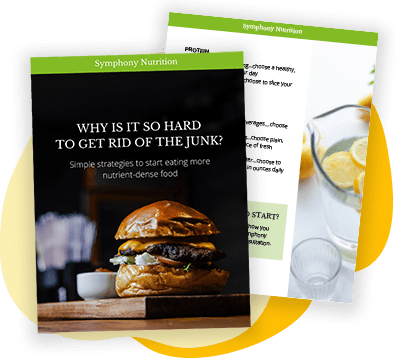 How to go from junk to nutrient-dense food.